What to Look For: Hiring for a Startup 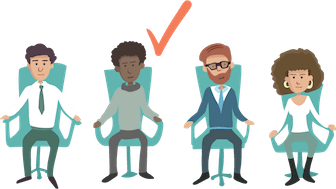 Punch above your weight

A startup literally is its team in the beginning. These are the people who will signal your ambition and set your limits. So, go for the people you think you can’t get. You’ll be surprised and once you’ve got the first few heroes it will become a lot easier to attract more of them. This is not a luxury. It seems obvious to punch above your weight but a successful startup will continually shift up the weight categories. If you don’t get these people you’ll get stuck.

You’re not hiring to fill a job, you’re building a company. Make the first 20 hires deliberately with the future in mind. Don’t hire people just because they’re good in general and available. These kinds of opportunistic or bad hires early on in a startup’s life can sink you. The cost of a pointless hire has been put at between $25k-$50k. That’s money that most startups cannot afford to waste. Beyond the cost of getting it wrong, your first few hires will set the tone for the future. Getting it right will make something that’s intrinsically hard a lot easier.

PRO TIP: Avoid hiring a candidate who badmouths their previous employers and coworkers.

A successful startup will quickly outgrow everyone’s current skills and roles. If things work out as intended it’s going to grow and morph unpredictably. So will the demands on your employees. One of the most exhausting aspects of startups is this constant evolution, or as some founders call it “keeping up with their own company”. While it can be fairly simple to assess a candidate’s current skills rating their potential is less so. Look for people coming into their professional prime. The past is a good guide, so take into account lifetime achievements whether they’re jobs, schools or hobbies. With few exceptions, smart, decisive and hard working people usually manage to go to a great college and do well in exams they care about. Look for high achievers.

PRO TIP: Include pre-interview assignments in the hiring process. Those who bother to go the extra mile will prevail.

This can be hard to pin down but it’s almost always important. It has its roots in an unfashionable word “congruence” -- the fit between personality and organization. It means that you need to assess people on their behaviour, mentality and match to the values of your organisation.

PRO TIP: Valve’s Employee Handbook (the production quality, akin to what you would expect from their best marketing material) tells you a lot about who they are and how important this is for them.

But there’s one simple rule: never hire people with a bad attitude. It only takes one jerk to poison an otherwise stellar team. That little problem you noticed in an interview will be magnified one-hundred fold by six months of hard work in a small team. Don’t overlook it. Go for people with an opinion, people who can honestly explain what they like and dislike. The kind of people who believe in missions, values and visions. They care. Those are the people who will be telling the truth when they assure you that they believe in your startup’s vision.

Hire for attitude, train for skills

You have to like a candidate before you hire them. This sounds highly subjective and unfair to them, especially when the context is strictly professional. However, someone’s ability to blend into your team, get along with you on a daily basis and build up some emotional reserves for tough times will ultimately determine their performance. Malcolm Gladwell and Tim Ferriss can argue all they want about what and how fast a human being can learn but the truth is that certain human traits can’t be acquired beyond a certain stage in life. Focus on the fundamentals: intelligence, personality, diligence. Instead of testing for specific knowledge, check how a prospect reacts when you ask them to do something they haven’t worked on before.

PRO TIP: Carry out behavioral interviews, in addition to the standard ones. Always have a good store of questions.

Look for things you can't train

You can teach financial management or how to interpret Google Analytics reports, but it’s probably too late to instil manners, ethics or numeracy. Skills and experience are worthless when not put to use. Knowledge is useless when not shared with others. The smaller your business, the more likely you are to be an expert in your field, so transferring those skills to new employees is relatively easy. But you can’t train enthusiasm or a solid work ethic. According to a LeadershipIQ study, study only 11% of the new hires that failed in the first 18 months, did so because of deficiencies in technical skills. The majority failed due to lack of motivation, an unwillingness to be coached, or problems with temperament and emotional intelligence.

Or go back to How To Write Job Descriptions

Workable is recruiting software
for growing teams. Post jobs, source candidates and manage applications from your desktop
or smartphone.

TRY IT FOR FREE 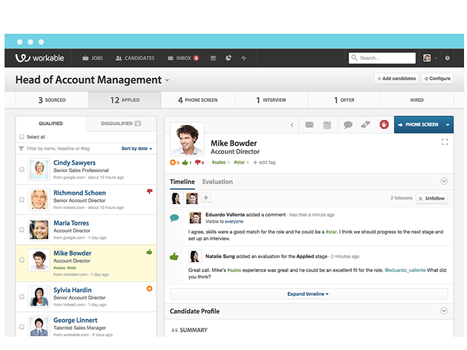