A hiring process that works 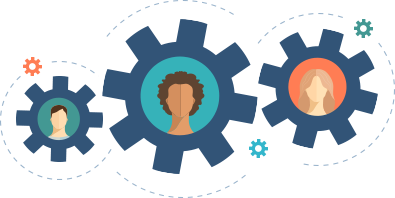 There has never been a better time for businesses of all sizes to get strategic with their hiring. The tools needed to attract the right candidates and get from application to hire are both more affordable and more effective than before. All that’s needed to get started is a process that works.

The cloud is all silver

The advent of cloud computing has been a massive boon for small business. It has spurred a revolution in affordable business software that is no longer tied to your desktop. This has put tools that were previously the domain of large corporations into the hands of ambitious companies, regardless of their size. Until recently though, recruiting software lagged behind.

Recruitment software used to be something that was first installed and later resented. Often known to users as “the system” it was bought by people who didn’t have to use it day-to-day. The result was that, in addition to being expensive, it was as ugly as it was hard to use. Worse still it was designed to replicate the kind of complex procedures in place at large organizations.

The new generation of hiring tools, available on the cloud, avoid this legacy. One of the nice things about being small is being nimble. The right recruitment process is streamlined enough not to waste your time, but inclusive enough to let you hire ambitiously.

Process is your friend

Process is not a sexy word but there is nothing duller than working without one. Having a standardized series of steps that have been chosen because they maximize the likelihood of a good outcome makes sense.

It’s worth understanding what makes a good job ad, how to get an attractive careers site, where to post jobs, how to manage applicants, gather and share feedback on candidates and schedule interviews with them. Recruiting ideas like sourcing (looking for talented people who aren’t actively looking for a job) and employer branding are now within reach of any smart, small business.

The role of software in recruiting isn’t about replacing human judgement or putting human resources hurdles between you and your eventual hire. It’s about removing data entry, curing the admin headache and leaving more time for people to make good choices.

Or go back to Recruiting Strategies: A Guide For Small Business

Streamline your recruiting with Workable

Workable is affordable, online recruiting software. Post jobs to all the major job boards with one click. Review and manage candidates from your desktop or smartphone